Will the withdrawal of a Western military presence in Afghanistan breathe new life into wounded Islamic terrorist groups like al-Qaeda and Daesh?

Will the withdrawal of a Western military presence in Afghanistan breathe new life into wounded Islamic terrorist groups like al-Qaeda and Daesh?

Earlier this year, US President Joe Biden confirmed plans for a full-scale withdrawal of US troops from Afghanistan, continuing the policy of his predecessor, Donald Trump.

Australia then announced it would follow suit, committing to the complete withdrawal of personnel by September 2021.

The decision to withdraw has been criticised by many observers, who fear an escalation in terrorist activity both within Afghanistan and abroad.

Oved Lobel, a policy analyst at the Australia/Israel & Jewish Affairs Council, warns that the withdrawal, agreed to following negotiations between the US and he Taliban, will likely spark widespread violence and instability.

“The Taliban, unlike the US, has never misrepresented its position. Since 2001, every statement and interview, from the leadership to the rank-and-file, has reiterated that the group’s only goal was jihad to re-establish their brutal, theocratic Islamic Emirate of Afghanistan,” Lobel writes in a piece published by the Australian Strategic Policy Institute (ASPI).

“Until now, the small and cost-effective Western troop presence ensured they could not accomplish that goal, but the outcome of withdrawal will be the rapid dissolution of Afghanistan’s government and security forces and consequent massacres and massive, destabilising refugee flows that will accompany the inevitable Taliban takeover.”

Lobel warns that the absence of Western troops would enable wounded terrorist groups like al-Qaeda and Islamic State Khorasan Province (ISKP) to reassert their presence and launch attacks on nations like Australia.

“Al-Qaeda indirectly participated in the negotiations between the US and Taliban, advising the Taliban at every stage on how to proceed. The two groups are inextricably intertwined, with al-Qaeda operating under and loyal to the Taliban,” he continues.

“The inescapable consequence of the re-establishment of the emirate is a massively empowered al-Qaeda.”

Lobel argues that al-Qaeda’s leadership team could “reverse its tactical decision to not engage directly in transnational attacks against Western interests” once it has established its networks.

The analyst adds that the resurgence of ISKP could pose an even bigger threat.

“By December 2019, ISKP was described by US officials as the most powerful and dangerous branch of Islamic State, with explicit intentions to attack the West,” he writes.

According to Lobel, ISKP previously “surrendered” to the Afghan government to “proselytise and multiply” inside prisons in preparation for a campaign to re-establish itself following the US withdrawal.

“A taste of that was seen in mid-2020, when a sophisticated ISKP assault on Nangarhar’s central prison freed hundreds of Taliban and ISKP fighters,” he observes.

“ISKP is also betting on the Taliban quickly overrunning the country and freeing all prisoners, regardless of affiliation, in the chaos, amplifying its own attacks.”

“Once the US fully withdraws, ISKP will quickly re-establish itself in the chaos of the civil war and could well overwhelm even the Taliban’s emirate,” he warns.

“Not only would that be catastrophic for Afghanistan and the region, but for the West as well, including Australia.

“ISKP has already been tied to plots and attacks in Europe, Asia and the US. More concerning for Australia is that Jamaah Anshorut Daulah (JAD), Islamic State’s Indonesian affiliate, is intimately intertwined with ISKP, and one of its senior leaders commands JAD attacks from Afghanistan and recruits Asian foreign fighters for ISKP.”

Lobel adds that of greater concern for Australia is Isaac el Matari’s — self-proclaimed ‘general commander of IS Australia’ — links to ISKP.

“Although he was thankfully rounded up in counterterrorism raids in 2019, there’s no doubt that a resurgent ISKP would massively increase Australia’s own jihadist problem,” the analyst adds.

Lobel urges the US and its allies to “come clean” about the consequences of the withdrawal from Afghanistan.

“That means not only admitting that a Taliban takeover of the country following withdrawal is inevitable and will result in horrific massacres, destabilising refugee flows and the end of many human rights, particularly women’s rights, in the country, but also a dramatic increase in the terrorist threat,” he writes.

“In an almost exact replay of the 1990s, the country will fracture along tribal and ethnic lines and warlords will cut myopic deals with the Taliban while Pakistan, Iran, Russia, China and Turkey — all countries with interests inimical to the US and its allies — ultimately decide the outcome.”

He concludes: “All of those problems, which are easily managed with the small contingent of troops about to be needlessly removed from Afghanistan, will soon impact the West and likely force it to reinvade the country within the decade.” 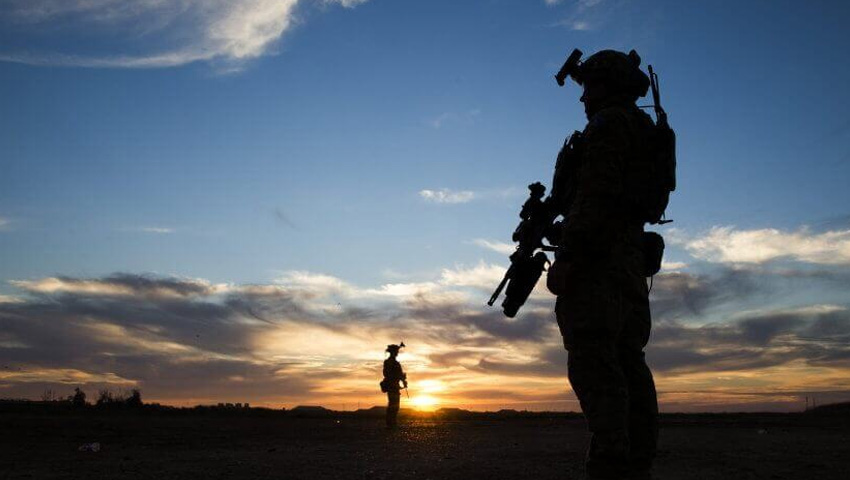