As part of the Royal Australian Air Force's preparation for receiving the F-35 in 2019, key RAAF infrastructure requires significant improvement to support the increased operational and maintenance requirements of the fifth generation aircraft.

The New Air Combat Capability (NACC) Facilities Project is a $1.8 billion program investment into RAAF base facilities at: 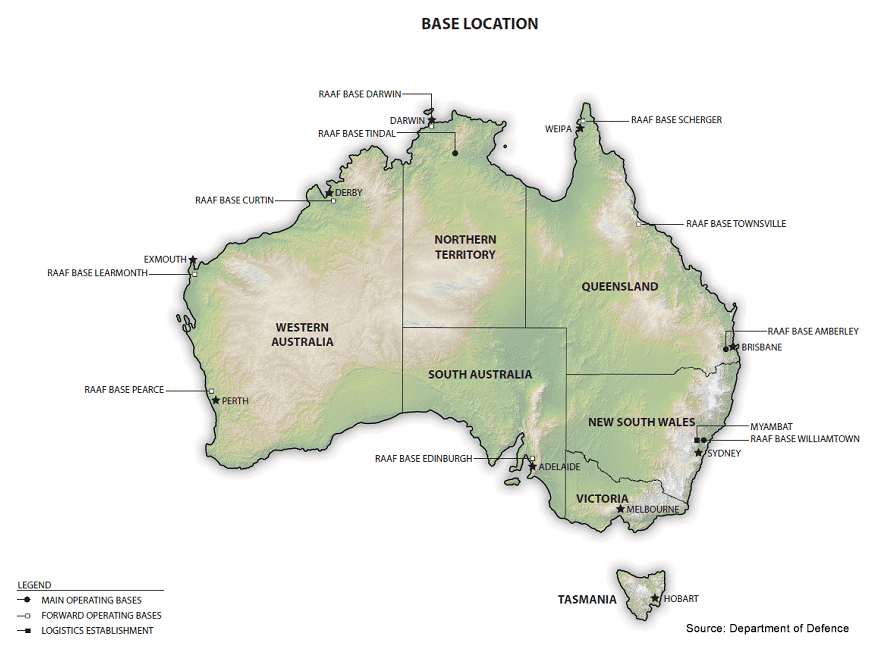 Additionally, the proposed works for RAAF Williamtown will also include:

The proposed works at RAAF Base Tindal will include an F-35A Operational Precinct, upgrades to the on-base warehouse, minor pavement upgrades, counter measure storage and preparation facilities, engineering infrastructure and replacement of displaced elements.

Additionally, the proposed works for RAAF Tindal will include:

FOB facilities at Townsville, Qld; Darwin, NT; Curtin, WA; Scherger, Qld; Learmonth, WA; and Pearce, WA include proposals for a lightweight facility to be constructed at each of the forward operating bases to store the supporting operation and maintenance modules that will accompany deployed squadrons.

The works will also include a compound and passive security measures.

For more information on the proposed works outlined in AIR 6000 Phase 2A/B, the project team can be contacted This email address is being protected from spambots. You need JavaScript enabled to view it..